The conventional king sized mattress is called the eastern king.

It’s about 75 to 76 inches wide by 80 inches long. This is good for anyone under six feet four inches tall.

The California king mattress, also called the West Coast king, is only about 72 inches wide and is 84 inches long. This is good for a single person or a person who is over six feet four inches tall.

The split king are two mattresses that are half the width of a conventional king sized mattress but are the same length. They are basically a king sized mattress that has been split in half. Split king beds can be separated, which may work in homes with limited space. They also help couples who want different degrees of firmness on their sides of the bed. You can also fit in adjustable bases that work one half of the split king mattress at a time.

The California split king mattress is like a split king, only each half is 32 inches wide. It can also come with an adjustable base. 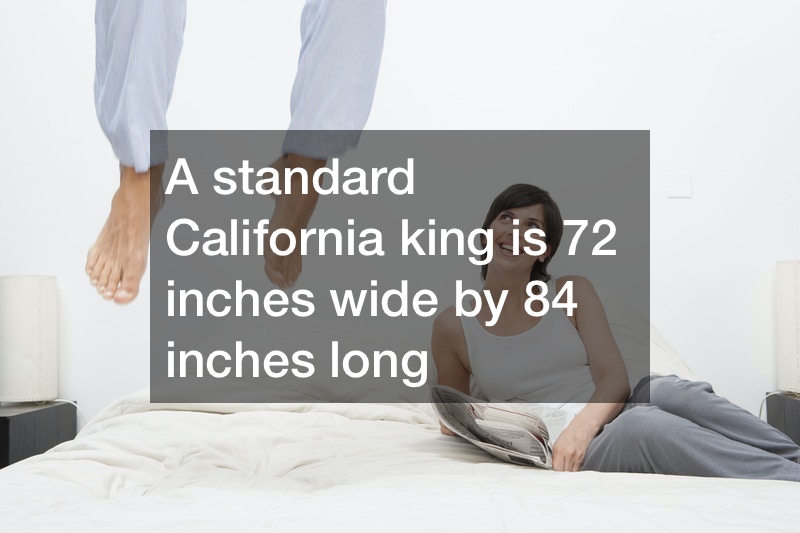